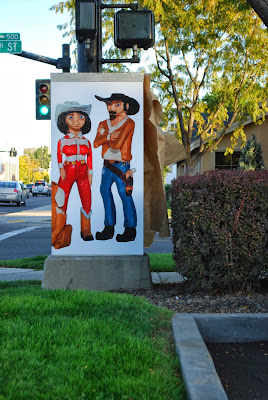 In the fall of 2011 my documentation photos of my Grandfather's carvings were installed on a traffic light utility box on the southwest corner of State and 17th Street in Boise, Idaho. The project is fostered by Boise Art and History and is funded by The Mayor's Neighborhood Reinvestment Program, Capital City Development Corporation, and Boise City. My traffic box was in partnership with the West Boise Neighborhood Association. Trademark Sign Company fabricates and installs the wraps. ﻿


My Grandfather, Joseph A. Snyder, carved hundreds of objects after he and his wife retried to the mountains of Idaho City in 1989. I moved back to my home town of Idaho City in the summer of 2010 to live with my grandparents and document my Grandfathers life and his creative work. I mostly accomplished this goal, but procrastinated many things which I surely regret now as he passed away this year on August 27th. Now that he is gone, I feel prouder of having his work displayed semi-permanently on the Boise street where hundreds of passer-buyers a day view it.

His obituary can be viewed on the Idaho Statesman site 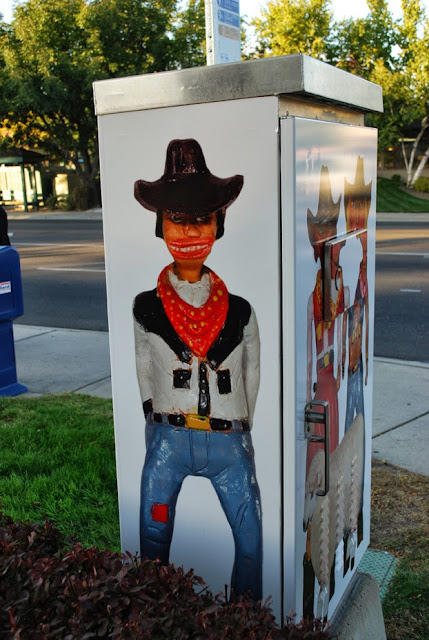 The carving's featured on the traffic box come from one of my favorite series of characters he "Whittled" called the Ekalakah Gang. Ekalakah is a tiny ranch town in Montana. My Grandparents lived outside of this town together when they were first married. There were a lot of characters in this small town as is common for small remote places. He created these carvings based off his meetings and experiences with the people in Ekalakah.

My grandfather always had stories to go along with his creations. The stories were not always told the same way, or he may make up a new story all together. More often than not when I asked him about a character he would create a different tale than the one he may have told me just days prior. He was a great storyteller. I think his creations lend themselves for viewers to make up their own silly western stories. I like to joke that Boise let me put up a fighting drunk and some lesbian sheep herders on the streets of Boise.

So next time you are driving down State Street remember to look over at my Grandpa's Whittled western characters!

You can read more about his life, work and creative process in an older blog, listed below. 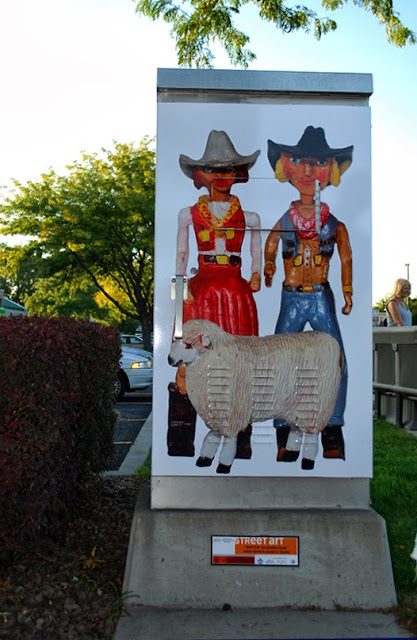 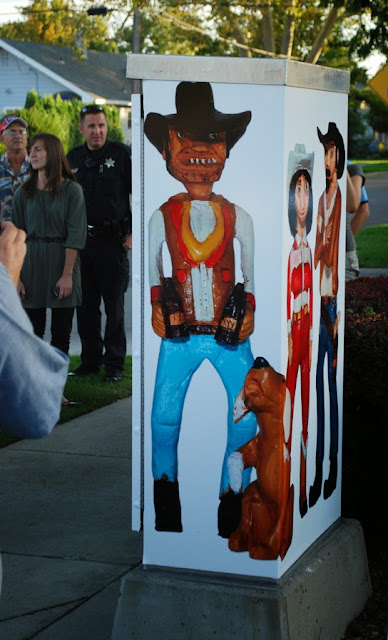 I hadn't previously added the project to this art blog, because quite frankly, I have been lazy. However, now I am dusting off my art practice and hope to have new posts to share in the near future. I like to keep this art blog in chronological order so a little updating is necessary in order to move forward.

I am currently still in Idaho City and hope to document more of my Grandfathers objects he created as well as some of the objects he passionately collected.