The Bird Cage was a multi-media installation featuring 21 portraits of Modern Day women, a video of interviews and about 800 feet of recreated hand made wallpaper.

The title of the show along with its wallpaper pattern is from the infamous Bird Cage theater in Tombstone Arizona. Tombstone was a boomtown due to the discovery of silver in 1877 before Arizona was a state. it was often a very tough place to survive and yet was also one of the fanciest and richest towns in the west during it's time. The Bird Cage theater was only in operation from 1881 to 1889 but during that time it developed a reputation for debauchery, violence and prostitution.

The Bird Cage gained it's name from the fourteen cribs on the balcony level of theater were legal prostitution took place. Few women actually chose a life of prostitution, although there were a few that did for adventure, its then lucrative nature, or as an escape from the potentially dull life of a housewife. More Often though, when women would lose the men in their family they would have little other option than prostitution or suicide and many women chose the latter.

The artists don't intend this to be a show about prostitution or elude in anyway that the modern day women in these portraits are prostitutes. The intention is to examine women's place in history and in Arizona history both historically and currently.

Cory Weeks and Alison Sweet are both recent graduates of Arizona State University and modern day feminists dedicated to furthering the cause of women's rights and equality both politically and culturally. The days of The Bird Cage were really not that long ago in history and while, women's rights have certainly progressed since then there is still a long ways to go before men and women are truly equal in society. The hope in these portraits is to envision how the future "wild west" will embrace the value of women in society. This vision includes equal pay, gender equality, and destruction of the modern stereotypes of beauty.

The women in the portraits are the artists friends and fellow female artists that agreed to sit for a "wild west" persona portrait and share their story about how they came to Arizona and their roll in modern times. In preparation for the portraits the women were also encouraged to bring items to be included as props that related to them as
individuals as well as females. The portrait style was inspired by a different "notorious" place, Storyville, New Orleans and the photos by Ernest Bellocq.

Here are a few of the portraits that were in the show: 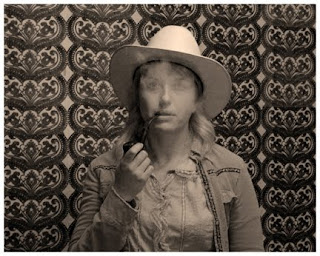 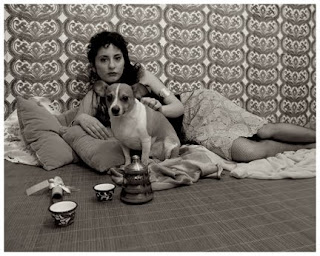 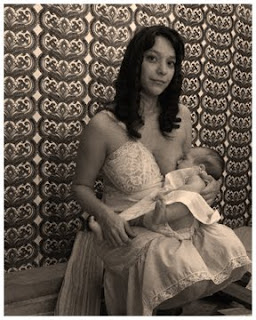 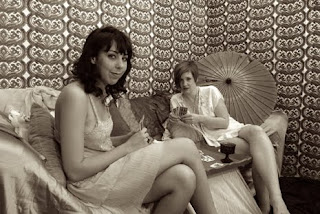 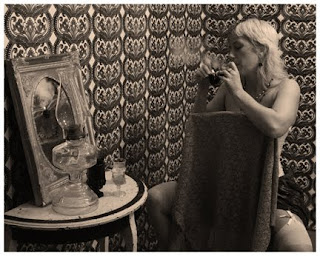 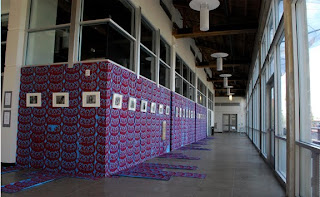 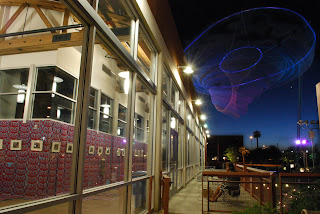 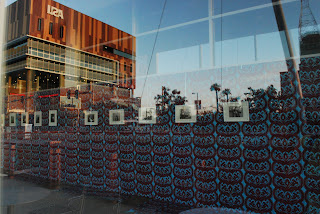