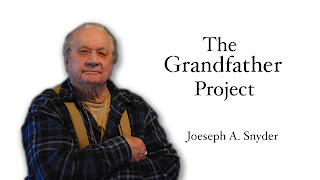 This is my new project and life endeavor. In a few weeks I will be relocating to Idaho City, ID to start work on what, at this time, I am calling The Grandfather Project. If you would like to support this project financially, it is listed on a website called Kickstarter.com, which allows artists of various sorts to solicit their friends for "pledges" to complete their project.

Here is the link to my Kickstarter platform, pledges run through AMAZON.
http://www.kickstarter.com/projects/alisonsweet/the-grandfather-project 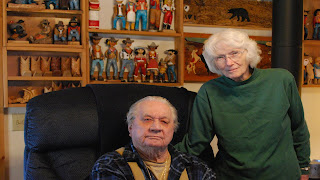 The Grandfather project will be video documentation of a lifetime of stories told by my grandfather, Joseph A. Snyder. Joseph Snyder is currently 90 years old and has been married to my grandmother, Rosemary Snyder, for 64 years. They have lived their entire lives in the western United States and are thus living pieces of 20th century western life and culture.

Anyone who has lived for 90 years would have an interesting perspective on life to share but additionally Joseph Snyder has lived an incredibly diverse intriguing existence that is worth hearing about. When his life began he was put up for adoption, only to be reclaimed by his Jehovah witness mother at the age of six. His mother then lied about his age in order for him to work in the coal mines at an earlier age and this is just the very beginning…….. 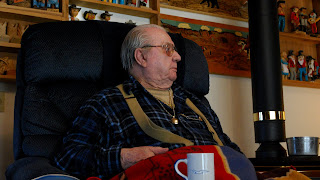 Joseph and Rosemary Snyder continue to live independently in their log home in the rather remote Idaho mountains above Idaho City, Idaho.They now live a quite life, playing a daily game of cribbage together. They are both avid readers and hobbyists with my Grandfather carving and my Grandmother making quilts and knitting. 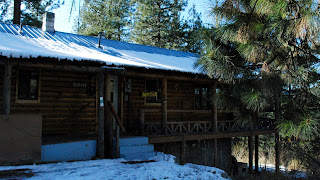 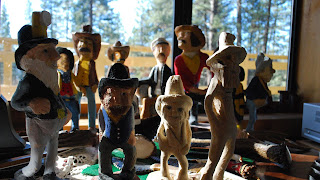 While, Personal documentation accounts are immediately valuable to the family and interested parties, these first hand cultural narratives gain even more historical value and relevance as time passes and there is no longer anyone around to provide the perspective from their generation.

The Grandfather Project is scheduled to take place summer of 2010 -- as the project gets underway short stories will be available for view online along with photos and project updates to project pledgers.

In addition to the video documentation, there were also a be a photos series based on my grandparents own artistic endeavors and a digital archive of the six generations of photographs that are in their possession.

After the completion of the video recordings, a longer video piece will be available as well as a series of fine art photographs that will be shown at Five15 Arts in Phoenix, Arizona in the fall of 2010. The work will also be shown at The Phoenix Art Museum June of 2011. 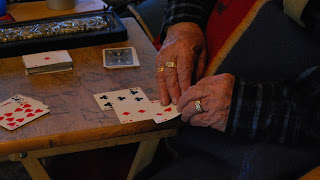 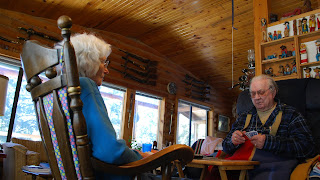 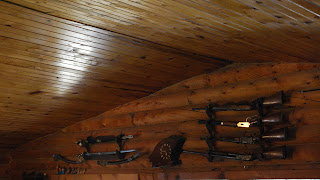 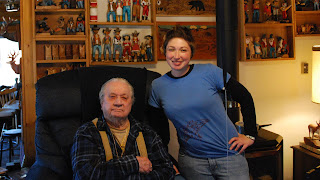 Myself with my grandfather in their home, November 2009

Thank you for taking the time to read my blog and I would greatly appreciate it if you would consider making a pledge on Kickstarter.com

This is great. I love your grandparents! I can't wait to see what you do.


Maybe I can say hi to you in Idaho if I visit this summer. :)